Conference Principles for a Free Society

The Jarl Hjalmarson Foundation held the conference Principles for a Free Society for the youth organization of our sister party European Solidarity in Ukraine.

This partly digital conference gave young members the opportunity to learn and discuss more about the principles and work their network within their organization.

The Jarl Hjalmarson Foundation educates in politics the youth organizations of our sister parties around the world.

Last weekend was dedicated to the young members of the Democratic Party of Albania.

They had a successful conference and great discussions on the Principles for a Free Society.

In cooperation with our sister party LDK in Kosovo the Jarl Hjalmarson Foundation invited members of the youth organization to participate in the conference Principles for a Free Society.

During a weekend we have exchanged ideas about Freedom, Toleration, Human Rights, Democracy and also about Kosovo’s European integration.

The members of the youth organization had also the opportunity to expand their network inside their party.

The European Parliament calls for further sanctions against Lukashenko

Last week, the European Parliament adopted a resolution calling for further economic sanctions and other measures against Alexander Lukashenko and his regime in Belarus.

With 626 votes for and 16 votes against, the European Parliament denounced the hijacking of a civilian aircraft in May, which subsequently made it possible for the authorities of Belarus to arrest journalist Raman Pratasevich and detain his girlfriend. In the resolution, the parliament joined the calls from the leader of democratic Belarus, Sviatlana Tsikhanouskaya, and called for the immediate release of all political prisoners in Belarus. The parliament is calling for further sanctions against Belarusian state owned industry and against prosecutors, judges, law enforcement officers and other officials involved in supporting Lukashenko and upholding his unlawful rule.

The adopted resolution also called for the suspension of Belarus in international sport championships, and to withdraw broadcasting rights of international sport events to the state owned public broadcaster TVR, which has been leading in the propaganda efforts of the dictatorship.

The U.S. and the EU stand together towards Russia

In the joint statement, the U.S. and EU stated: ”We condemn Russia’s continued actions to undermine Ukraine’s and Georgia’s sovereignty, territorial integrity and independence. We call on Russia to ensure foreign diplomatic missions in Russia can operate in a safe, secure and productive fashion. We urge Russia to stop its continuous crackdown on civil society, the opposition and independent media and release all political prisoners”.

The statement was issued just days after the decision by Russian officials to ban the national organisation and regional branches of Alexey Navalny’s anti corruption movement. Navalny was arrested in January 2021 immediately after his return to Russia following the attempts to poison him in the summer of 2020. The U.S.-European summit also decided to establish an common high-level dialogue on Russia.

Belarusian democracy activist Stsiapan Latypau tried to cut his throat today, as he was faced with charges of staging actions violating public order, with an expected prison sentence of 10 years.

Latypau, who has been held in prison for months, was active in the protest movement against Lukashenko during the 2020 falsified elections. One of his recorded activities has been handing out flowers to protesting women in an act of support.

Reports say that Belarusian authorities have threatened to open criminal cases against his family and friends if he did not plead guilty. He is now in coma.

Conference with the Women´s Organization in Tirana

Last weekend we met with the Women’s Organization of the Democratic Party in Albania. Newly elected Members of Parliament and campaign teams were invited during the weekend to exchange experiences in the campaign and communication area. We discussed among other important topics about media in Albania, local campaign, political digital tools, public opinion and the role of the women´s forum of DP in elections.

May 28-30, 2021
The last weekend we are with the members of the Women Organization of PDP in Banja Luka. We spoke about how women face the political campaign and the communications.

We listen to interesting presentations about local campaign, winning elections, women’s public appearance in politics, digital campaign and more. It was a great opportunity to discuss also the working agenda of the Women Organization for the next months. 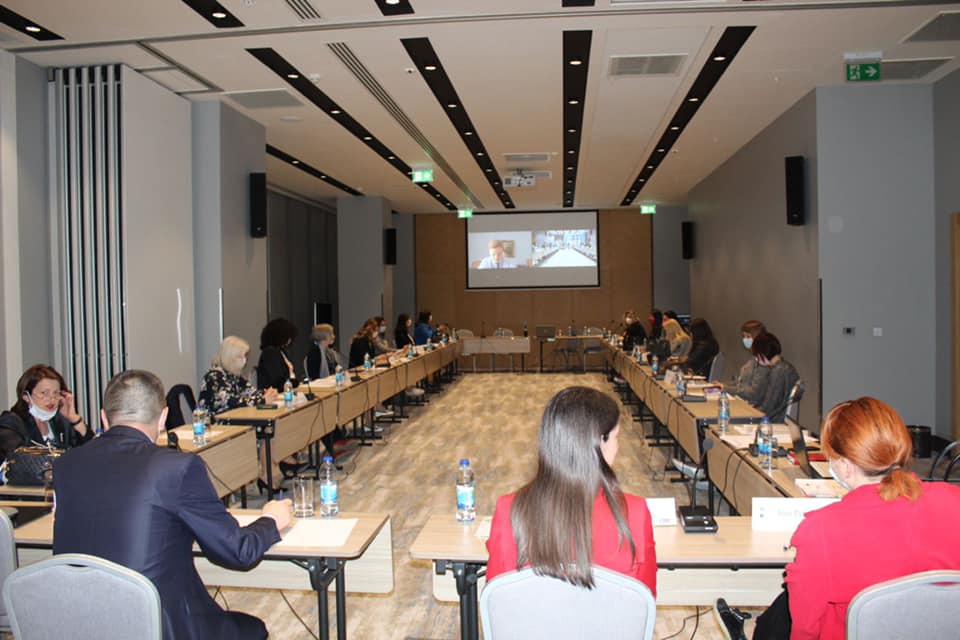 “Campaign and Communication” is the Jarl Hjalmarson Foundation’s Conference where we speak about Local Campaign, The Challenges of Women in Politics, Innovative Communication Tools, Political Digital Campaign, Election and Polling and more relevant topics.

We were in this occasion with members of the Women Forum of our sister party LKD in Kosovo. 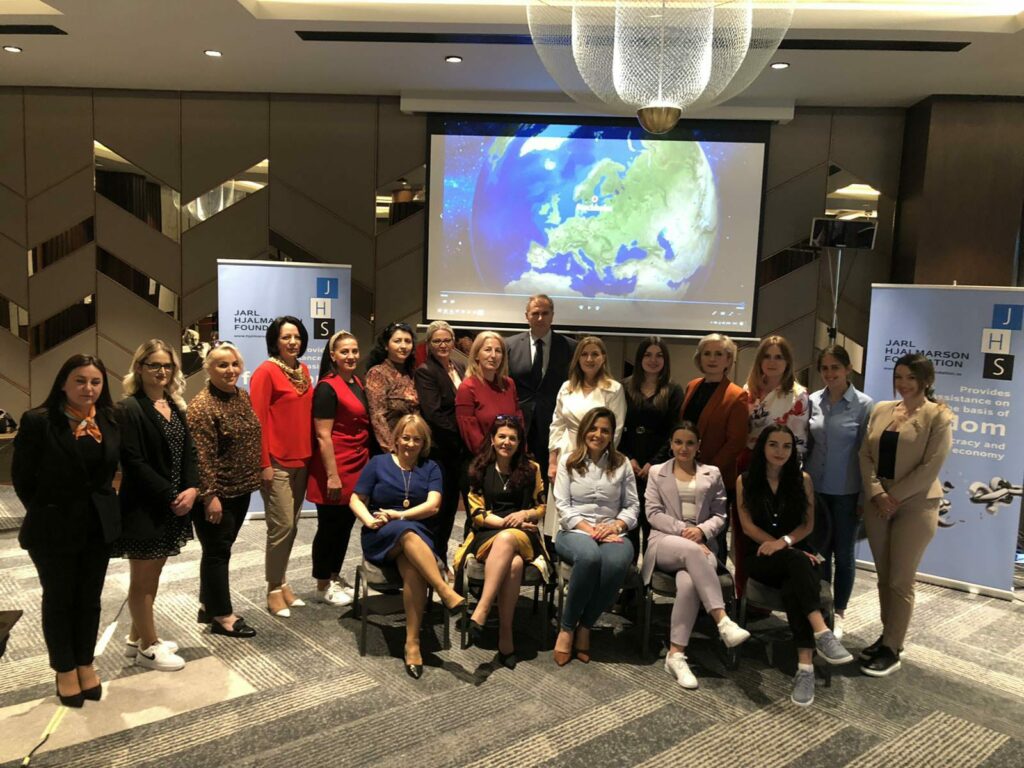 The chairman of the Jarl Hjalmarson Foundation, Mr. Peter Egardt, has issued the following statement in response to the forcibly landing of a civilian aircraft in Belarust and subsequent arrest of Roman Protasevich:

”The action taken by Belarusian authorities today, forcing a civilian aircraft en route between Greece and Lithuania to land, is appalling and abhorrent.

The arrest of journalist Roman Protasevich is unlawful and he may face death penalty in Belarus. His crime is using his universal right of free speech. I call for his immediate release and for an immediate reaction by the European Union and its allies.

We can not tolerate state sanctioned piracy, abduction of journalists or continuous violence aimed at civilians in Belarus. This needs to stop and we fully support Belarusian’s peaceful strife for democracy and rule of law.”