Jarl Hjalmarson, former chairman of Högerpartiet (the Right party), has given his name to the Jarl Hjalmarson Foundation. At an early stage, he committed himself against Soviet acts of cruelty, referring among other things to the Soviet invasion of Hungary in 1956. A criticism that resulted in the Social Democratic government refusing to send Jarl Hjalmarson to the UN as Swedish representative.

Jarl Hjalmarson was born in 1904 and began studying Law at Uppsala University in 1923. After losing his father at an early age and with reduced resources he managed to finance his studies by performing as a conjurer at cabarets and student nation parties. He had learnt the art of conjuring while at upper secondary school. His chosen stage name was “The Magician from the Nile”. Eventually, he became a member of the Swedish Magic Circle (an organisation for illusionists).

During his study years at Uppsala, Jarl Hjalmarson became politically active. His first involvement was with the socialist student organisation Clarté. But he soon changed his mind and joined the conservative student association Heimdal. From 1928 to 1929, he was chairman of Heimdal.

In 1929, Jarl Hjalmarson obtained his Bachelor of Laws degrees and was almost immediately employed as private secretary to the Prime Minister Arvid Lindman. When the Lindman government resigned in June 1930, he became ombudsman for Högerpartiet. He held this position until 1937, when he instead began working for the Trade Employers’ Association. From 1942 to 1950, he was managing director of the Insurance Companies’ Bargaining Organisation.

At the national meeting of Högerpartiet in 1944, Jarl Hjalmarson was elected second vice party chairman. In 1947, he was elected member of Parliament’s second chamber.

In 1950, when Fritiof Domö withdrew from his chairmanship of Högerpartiet, Jarl Hjalmarson was elected as his successor. Hjalmarson was an energetic campaign politician, who felt at home speaking to and meeting the voters. In order to reach as many people as possible during the election campaigns, he travelled by helicopter. He was the first politician to do so in Sweden and because of this he was called “Jarl Weatherjump” in the funny Svitiod books (parodies of what happened in Sweden) written by Gunnar Ericsson with illustrations by EWK (Ewert Karlsson).

Jarl Hjalmarson’s political ideal was “ownership democracy”, which means that people would themselves have the opportunity to build up a personal economic security. It was important that people should have good opportunities to save for a home, but also to save in shares, and in other ways become part of production and growth, not only as employees but as personal joint owners. This would not only guarantee a liberal democracy, but in addition develop people’s good intentions and sense of responsibility.

There was a clear conflict between Jarl Hjalmarson and the Government on foreign policy. The critical issue was not the neutrality policy in itself, he was also for that. But for Hjalmarson, neutrality did not mean that Sweden should stay silent about the persecution and oppression which occurred in Eastern Europe. The brutality towards civilians in East Berlin in 1953 and the Soviet invasion in Hungary 1956 caused highly agitated feelings within the party.

In summer 1952, a DC 3 belonging to the Swedish Defence Authority vanished while on a signals intelligence-mission across the Baltic Sea. This caused worry and wonder. When, later, a plane of the Catalina type, having been sent out to search for the DC 3 and try to save the crew, was shot down by Soviet fighter planes, people in Sweden were greatly shattered. Together with the Liberals Hjalmarson wanted to address the incident at the UN but the Government did not. Hjalmarson and his party believed that the Government – and in particular Foreign Minister Östen Undén – often showed too much acceptance and indulgence towards the Soviet Union.

In 1959, the so-called Hjalmarson affair occurred. In 1956 Prime Minister Tage Erlander (Social Democrats) and the Minister of Domestic Affairs Gunnar Hedlund (Bondeförbundet) had paid an official visit to the Soviet Union, where Nikita Khrushchev was the first secretary of the Communist Party and Nikolaj Bulganin head of government. The intention had been a reciprocal Soviet visit to take place in the autumn the same year, but the invasion in Hungary on 7 November caused the visit to be postponed. The general mood in Sweden towards the Soviet Union was not exactly inviting.

In 1959, however, the intention was that Khrushchev (who had replaced Bulganin as head of government the year before) would pay the reciprocal visit. Both the Rights and the Liberal parties were highly critical to the visit. Jarl Hjalmarson in particular claimed that only because three years had passed since the Hungarian people had been quashed by tanks and rifle bullets, there was no reason to let bygones be bygones. He regarded the Soviet visit as a propaganda spectacle. His speech caused the Soviet government to protest in a note that was delivered to Sweden’s ambassador in Moscow and the Soviet visit was cancelled.

In turn, this resulted in the government taking revenge by not choosing Jarl Hjalmarson as delegate to the UN General Assembly the same year (the normal procedure is that each parliamentary party nominates who they want to send and that the government announces these to the UN. That is how it had always been handled up till then). The Right Party had nominated Jarl Hjalmarson, but the government decided not to send him as Swedish representative, which caused a direct conflict between the Right Party and the Social Democratic government.

After having finished his work in party politics Jarl Hjalmarson became, among other things, chairman of the Swedish Red Cross from 1970 to 1974. 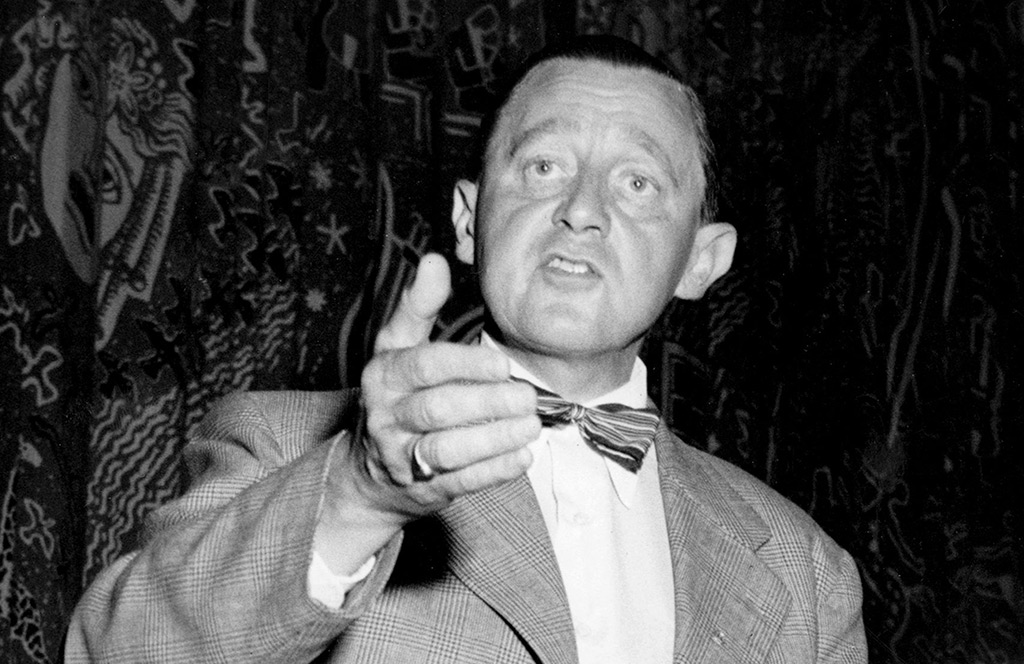